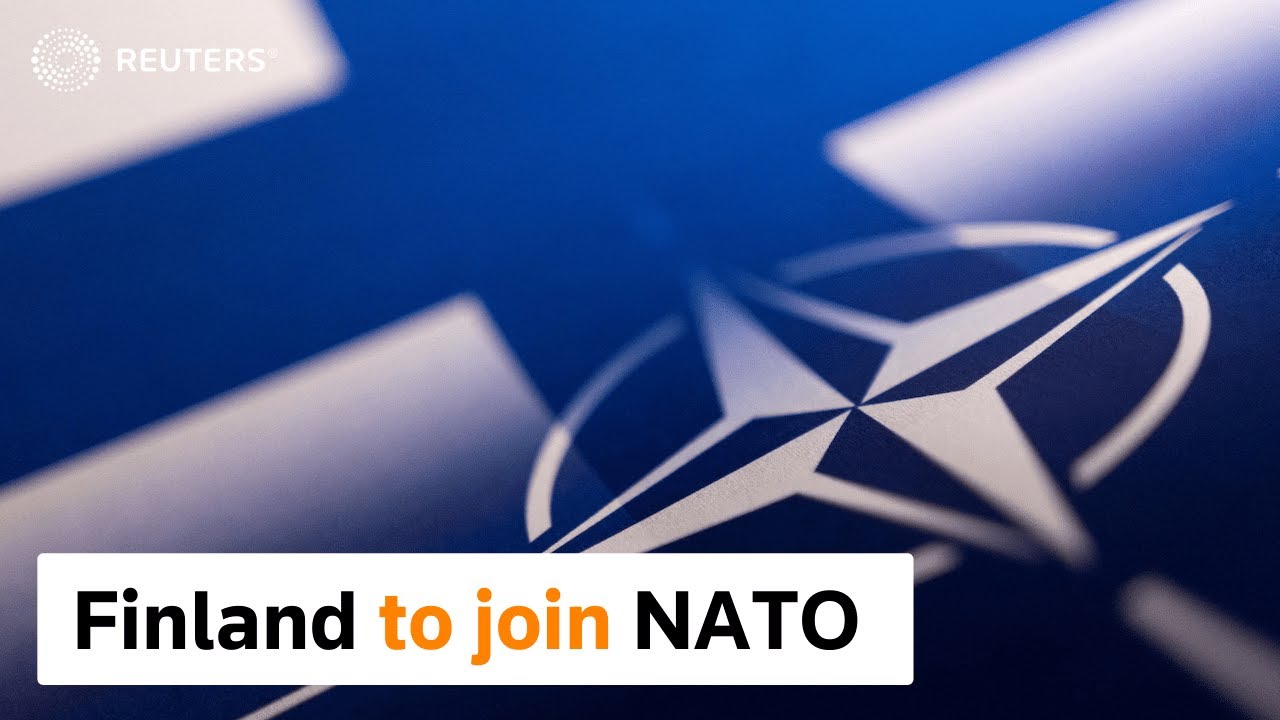 KYIV, Ukraine — Finland's leaders Thursday came out in favor of applying to join NATO, and Sweden could do the same within days, in a historic realignment on the continent 2 1/2 months after Russian President Vladimir Putin's invasion of Ukraine sent a shiver of fear through Moscow's neighbors.

The Kremlin reacted by warning it will be forced to take retaliatory "military-technical" steps.

On the ground, meanwhile, Russian forces pounded areas in Ukraine's east, including the last pocket of resistance in Mariupol, as part its offensive to take the vital industrial Donbas region, while Ukraine recaptured some towns and villages in the country's northeast.

Finland's president and prime minister announced that the Nordic country should apply right away for membership in NATO, the military defense pact founded in part to counter the Soviet Union.

The announcement means Finland is all but certain to apply — and gain admission — though the process could take months to complete. Sweden, likewise, is considering applying for membership.

That would represent a major shift in Europe's security landscape: Sweden has avoided military alliances for more than 200 years, while Finland adopted neutrality after its defeat by the Soviets in World War II.

Such an expansion of the alliance would leave Russia surrounded by NATO countries in the Baltic Sea and the Arctic and would amount to a stinging setback for Putin, who had hoped to divide and roll back NATO in Europe but is instead seeing the exact opposite happen.

Russia's Foreign Ministry warned that the country "will be forced to take retaliatory steps of military-technical and other characteristics in order to counter the emerging threats to its national security."

NATO's funneling of weapons and other military support to Ukraine already has been critical to Kyiv's surprising success in stymieing the invasion, and the Kremlin warned anew in ominous terms Thursday that the aid could lead to direct conflict between NATO and Russia.

"There is always a risk of such conflict turning into a full-scale nuclear war, a scenario that will be catastrophic for all," said Dmitry Medvedev, deputy head of Russia's Security Council.

While Russia's advance in the Donbas has been slow, Ukraine's military noted that Moscow has achieved "partial success." Western officials said Russia has gained ground and taken some villages.

Explosions were heard Thursday near the town of Bakhmut, an area of the Donbas that has seen heavy fighting. The Ukrainian military said Russian forces were storming two villages there.

Britain's Defense Ministry said Russia's focus on the Donbas has left its remaining troops around the northeastern city of Kharkiv vulnerable to counterattack from Ukrainian forces, which recaptured several towns and villages around the city.

It is terrible there now. We were leaving under missiles.

Fighting across the east has driven thousands of Ukrainians from their homes. Evacuees wiped away tears as they carried their children and belongings onto buses and vans to flee.

"It is terrible there now. We were leaving under missiles," said Tatiana Kravstova, who left the town of Siversk with her 8-year-old son Artiom on a bus headed for the central city of Dnipro. "I don't know where they were aiming at, but they were pointing at civilians."

Ukraine also said Russian forces had fired artillery and grenade launchers at Ukrainian troops in the direction of Zaporizhzhia, which has been a refuge for civilians fleeing Mariupol, and attacked in the Chernihiv and Sumy regions to the north.

Overnight airstrikes in Chernihiv killed three people, according to local media. The regional governor said the strikes on the town of Novhorod-Siverskyi damaged a boarding school, dormitory and administrative building.

In the southern port of Mariupol, which has largely been reduced to smoking rubble with little food, water or medicine for its inhabitants, Ukraine offered to release Russian prisoners of war in exchange for the safe evacuation of badly wounded fighters trapped inside the Azovstal steel mill, the last redoubt of Ukrainian forces in the ruined city. Russia appeared unlikely to agree to any such swap.

Catch up on the top news and features from KSL.com, sent weekly.
By subscribing, you acknowledge and agree to KSL.com's Terms of Use and Privacy Policy.